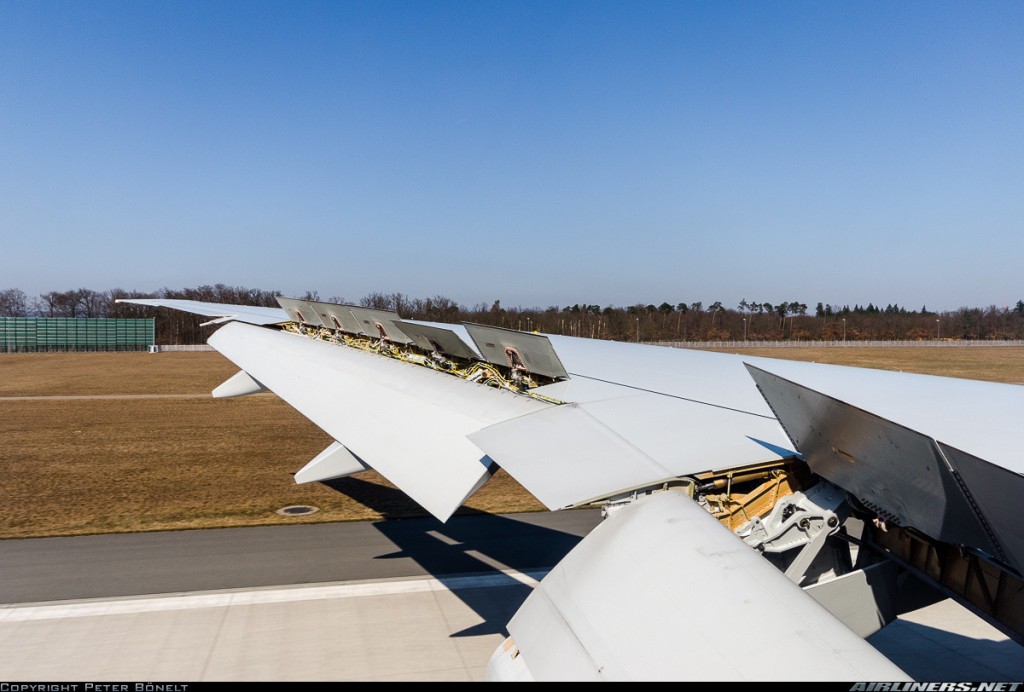 As it has been mentioned before that the landing gear holds up an important system which is the brakes. But this is not the end of the story of the braking systems such as car or automobiles because there are other components aids with landing gear brakes and here, they are:

Let us break done each system. Starting by air brakes which actually located on the wings and it tries to spoil the airflow over the wing to generate more drag and lowers the lift to reduce the speed. The more the flow over the wing is streamlined the lower the drag is generated thus the air brakes helps in reducing the speed if drag force increases.

Moving on to the second type of braking is the thrust reverses in which from the name we can assume it is the opposite of the power needed to move the airplane at high speed to take off. And this actually is the purpose of thrust reverses which can aid the airplane to stop in shorter distance safely as it is nearly important as the disc brakes in the landing gear. As the thrust generated by the jet engines the reverse thrust is using the case to help divert the air in the opposite direction.

Finally, the drogue parachute which is installed on some airplanes and usually we can see it in spacecraft or military aircraft. Its function is to be deployed to provide control to the pilot upon landing and great reduction in speed. The drogue parachute was invented by the Russian professor and in traduced by the Soviets in the 1930s.

So, tell us did you know these systems before? And have you seen it on modern supercars?

iThere are no comments