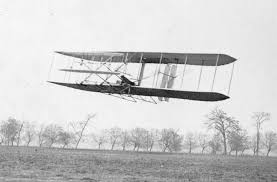 Two brothers oriville wright and Wilbur wright famously known as The Wright Brothers, were American aviation pioneers who were involved in inventing, building, and flying the world’s first successful motor-operated airplane. They made the first controlled, sustained aircraft flight on December 17th 1903 South of Kitty Hawk, North Carolina. On the morning of December 17th, Wilbur and Orville Wright made four brief flights at Kitty Hawk with their first powered aircraft.

END_OF_DOCUMENT_TOKEN_TO_BE_REPLACED

All aircraft are equipped with a variety of lights that are used for navigation, safety, and to improve visibility during flight or when taxiing on the ground. The external lights on aircraft fall into two general categories. The first is navigation lights or beacons. these are always illuminated while the aircraft is in operation. A second type includes takeoff and landing lights that are used to improve visibility when the plane is close to or on the ground. Some lights are discussed in greater detail below.