On Tuesday, United Airlines announced the purchase of 270 aircraft from Boeing and Airbus – 200 Boeing 737 […] 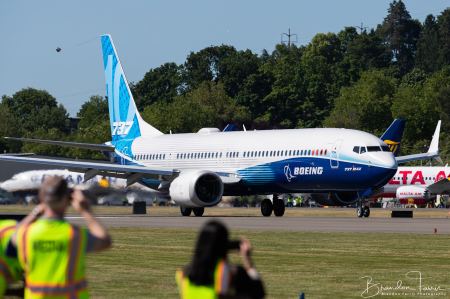 Last Friday, Boeing’s newest and largest variant of the 737 took flight for the first time. The type, […]

As the Boeing 737 MAX planes have been gradually reinstated into service this past year, another problem has emerged with the infamous aircraft. Just a couple of months after the FAA approved of the aircraft’s re-entry into service, Boeing has discovered a production error in several of its Boeing 737 MAX aircraft and has called for the removal of several of these planes from service. This minor additional issue brings up questions about if this aircraft is actually safe to fly, and it could further damage the reputation of the aircraft type. In this article, we will discuss what the electrical issue actually is and how it has affected airlines with the 737 MAX.

END_OF_DOCUMENT_TOKEN_TO_BE_REPLACED

Have you ever wondered which type of aircraft you were going to be flying on when travelling? Were you going to fly on a relatively large plane or a small one? The answer depends on the type of route you were travelling on. Aircraft are specifically designed to operate routes of a certain distance, so the plane that you would be flying on would typically be a plane designed to fly that type of route. In this article, we will be taking a look at which planes are usually used for short, medium, and long haul commercial flights.

END_OF_DOCUMENT_TOKEN_TO_BE_REPLACED

The 737 variant everybody feared, finally makes its return to the skies. Will it win the trust of […]